There are some very exciting things happening over here in the Czech Republic right now! Possibly the biggest thing is that Josiah Venture has the privilege of working with the California rock group Dizmas for 6 weeks this fall! Two have gone by, and it's been awesome having them here.

Basically what they're doing is during the week they visit Czech public schools, have a small concert in a gym, and invite the kids to the BIG concert at the end of the week. At this concert Zach, the lead singer, shares the gospel with up to 300 unbelievers. It's just amazing.

This tour is also to help promote the new Exit 316 season that is airing on Czech television once a week, and to get kids involved in Exit discussion groups, as well as the local youth group. Last week Dizmas had their first concert in Hradec Kralove, and this Saturday was their second concert in Cesky Tesin. The turnout of people was awesome, and will only continue to get better as people spread the news. Next week is in Havirov, and I'm looking forward to helping set up equipment and enjoying another rockin' concert! 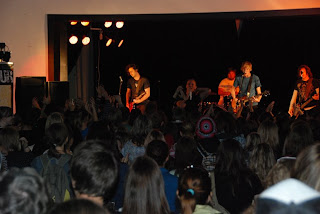 Dizmas is THE nicest and most joyful band you'll ever meet. We've had the immense privilege as a family to have them over for dinner once a week since they arrived to debrief and relax. I'm looking forward to continue helping out and spending time with them during these next few weeks! I know I can learn a lot from them, both musically as well as spiritually. It's great to have them here! 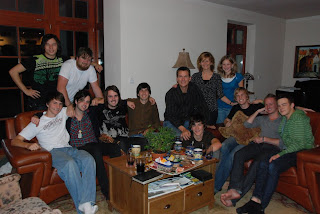 Very nice post! I just posted on them today too! :)

Those are my boys! Thanks for taking care of them. Tell them Shay says hi!

Thanks for taking care of our boys! That's awesome you get to spend 6 weeks with them. Tell them Abe says hi.