I am so astonished that the Lord chooses to use ordinary people to accomplish His purposes. He is powerful enough to work completely on His own, and yet He chooses to allow us to join in the work He is doing. There are three people I would like to highlight from our first camp with Ostrava that I saw the Lord use mightily - in word and deed. 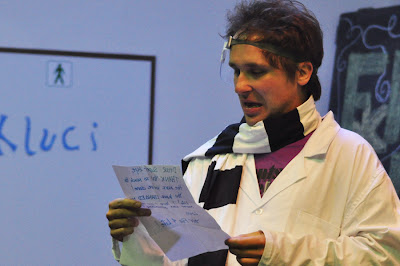 Adam Parma was the Czech leader of the Ostrava camp, and is probably one of the most capable men I have met. He is the Czech Renaissance man! Throughout camp I was astonished at how he was able to switch from making sure details were taken care of, to preparing an evening skit, to caring for his team, to playing any musical instrument you could imagine! He held the whole camp together. My dad worked very closely with Adam during the production of the EXIT 316 TV series, and it was a privilege to work with Adam myself for the first time. He has an enormous heart for Jesus and for the church, which was so evident throughout the week of camp. 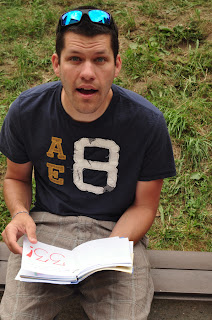 Todd Roughton was so clearly God's man for this camp. The youth pastor at University Fellowship church in Eugene, OR, Todd led his team of high schoolers with strength and humility. God used Todd to reach the students through the evening talks. Each day we walked through a story of people in the Bible "colliding" with Jesus. From Zaccheus to Pilate to the two thieves on the cross, the students sat captivated and engaged. It was so fun to see certain young people getting "front row seats" as the week progressed. Todd was God's man. His boldness and love for Jesus made an eternal impact. 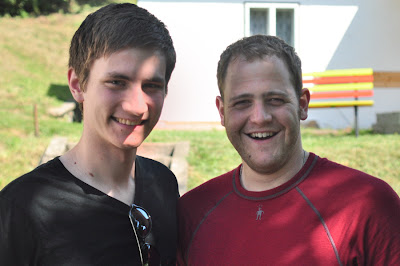 Michael Novotný grew up as the son of a pastor and Bible translator, and has been in the CB Ostrava church since his early teenage years. At 25, he just finished his studies to be a lawyer, and brought so much wisdom to our evening discussion group when talking about God's justice and righteousness. The way he engaged with the guys in his cabin was awesome to see. They really respect him - and rightly should! He is a man after God's own heart. I personally loved hearing about his heart for discipleship and commitment to the Word. The Lord is going to use this man in incredible ways to bring this nation back to Himself. 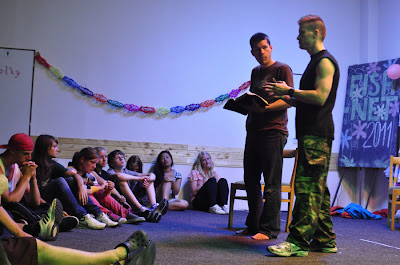 These are three men that I would love to serve with in the future again. No joke! Such studs for God's kingdom. What got me the most excited was how God used them in the lives of the young men at camp. We need solid men in the church who are passionate and bold for the gospel. Praying that God would raise up more and more men like Adam, Todd, and Michael!
Posted by Tyler at 11:54 PM