For as long as I have lived in the Czech Republic, Chuck Norris has been a very important cultural phenomenon. I remember turning on Czech TV to Walker, Texas Ranger, hearing Chuck Norris jokes at school, and more recently seeing Chuck in a special T-Mobile television campaign. His popularity has risen immensely in the past couple years once again as an example of a true man's man. 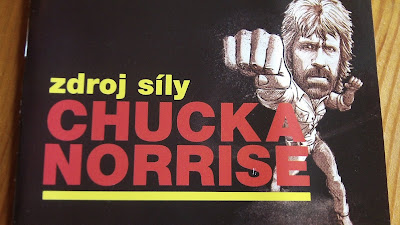 What many people don't is that Chuck Norris is a committed evangelical believer, who loves Jesus with all his heart. When Tyndale publishers released a book last year titled The Official Chuck Norris Fact Book, which combines the best of Chuck Norris jokes with Chuck's own testimony, Josiah Venture had it translated into Czech. It is now being distributed at English Camps this summer along with a Norris-style gospel tract, titled The Source of Chuck Norris' Strength. 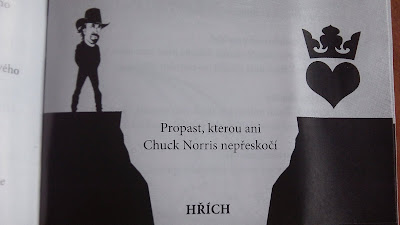 We begin with a deep chasm which even Chuck Norris can't jump over - sin. This separates us all from God. 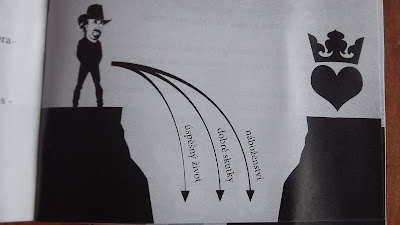 Not even Chuck's best intentions at being a good person allow him to come close to God. A successful life, good deeds, and religion are all vain attempts at matching up to God's standards. 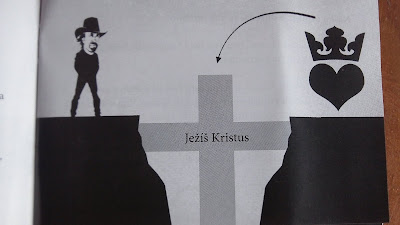 But God did not leave Chuck (or us!) in despair - He sent his own son, Jesus Christ, to make a way to God. 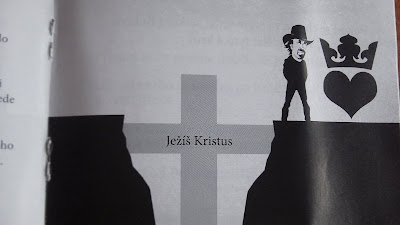 Now Chuck - and whoever believes in Jesus Christ - has access to God and eternal life. The price is paid - we can now enjoy fellowship with holy, holy, holy God!

What a great reminder to students that even an all-powerful legend such as Chuck Norris is still under God's authority, and needs a Savior just as much as we do.
Posted by Tyler at 6:00 PM

So great! I love your style of writing Tyler! Fun to read your blog and the way you take life in. :)