I've been re-reading the Harry Potter books to get ready for the next and last one coming out July 20th - Harry Potter and the Deathly Hallows, and I'm officially ready! I read the 5th and 6th one, then started over and read the 1st, 2nd, 3rd, and just this last week i finished the 4th! So I feel good! =) I probably read 3000 pages during the re-reading, it was lots of fun! Now onto the next one!

Anyway, last weekend was a pretty special one - Caleb got baptized! The Hashes came for it and then spent dinner with us, and it was great. Let's see if I can get a few words out of Caleb about it...:

Yup. It was great! I was a little nervous at first because I had to give my testimony in Czech, but I was all good man. Ha-ha, and the water was freezing!! Our pastor said it was warm so I expected it to be, and then when I got in I was like WHOA!! But I was really glad the Hash’s got to be there. That meant a lot. ‘Cause the Ellenwood’s and Becca couldn’t make it, so it was awesome that Jacob, Dan and Laura were there. It was great though. And it meant a lot to me that Tyler and my mom did that song. It was just all good. =)

The song he mentioned is something me and mom decided to do about 5 minutes before the service...and as Caleb said it meant a lot to him. We played "You Alone" which is a song by David Crowder. 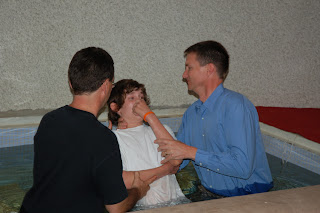 Last Saturday we also had some fun... So here's the story: For about two months, our family was planning to have the Pitcher family over for dinner to talk and just hang out. BUT what the Pitcher family did not know is that it was a secret "congrats for your ordination, Ken" party! Ken was just ordinated at instated as the official pastor of "CB Frydlant" two weeks ago, which is awesome! So the Pitchers didn't know anything about it, and everyone from church hid and our family went to greet them etc...and then when Ken came in he saw all the people screaming "Surprise!" It was great! We had lots of food and it was a great time being together as an official church! And also - The next day, on Sunday when Caleb (and another girl, Svatia) were baptized, it was Ken's first baptism as a pastor! So that's pretty cool too! 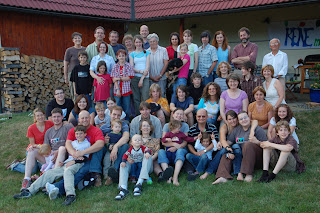 On Friday we had a Youth Group Team meeting and we were talking about what's up for this next school year. It was great being together and thinking up ideas and encouraging each other to be trying and doing new things. One thing that's up for me in September is that I'm going to start helping out at Tensing - the youth choir here in Frydlant. I'm going to be the leader of the Tensing band, and it's going to be lots of fun, but also lots of work. It's a big commitment, but I believe this is where God's wanting me to be, and I'm going for it! Two guys who trusted Christ through Exit 316 this last year (Honza and Robert) are going to form the band along with me and Caleb. Honza has been playing guitar for a couple of months and he has great promise, i'm really looking forward to teaching him more and playing with him! Robert (who i've mentioned before on my blog) is going to start taking drumming lessons and the music school, which is really cool. And Caleb is already great, and i'm okay =) so it's looking good! Here's a picture of Honza and one of Robert (from our trip to Slovakia)! 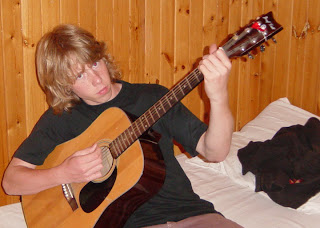 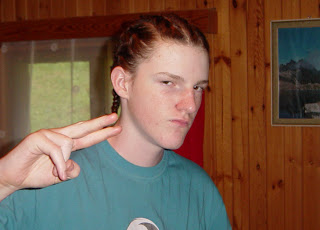 Another thing that our youth group is going to have to be dealing with is the departure of our dear friend Mark Krupa for 10 months to get his masters in the States. This is going to be a big change for us, but luckily he'll be coming back, so we just have to survive those 10 months and then we can welcome him back to continue doing what he loves - working with youth!

And now some things that are coming up... This next week is our last week of school (thank goodness!) and then on the 4th is English Camp! I may have already said this, i'm not sure, but I'm going to be the music leader for camp, and Caleb and a guy that's coming from the States are going to play with me. I'm really excited about it, this is exactly the kind of thing I love to do. But still - it's a little scary. So if you could remember me in your prayers I would be very grateful! 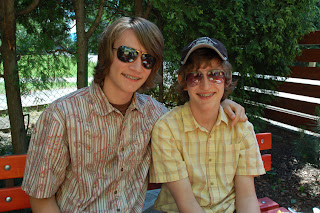 And here's a picture that we took of our family last week...enjoy! 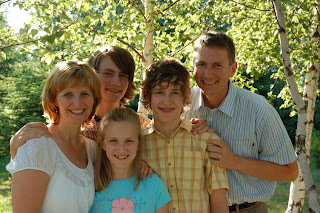 Aren't you glad I took that picture of you reading?! Fits on your blog perfectly!

Another great blog entry...you are so good about keeping it up to date. You inspire me!

This is a long one:) Btw.just to let you know, that song you were playing for us was increbidly awesome, it made me cry by first acords, haha.

and Im officialy booking one of your cds-to-be, hihi, Im sure it will sound great.

could you send me some pics from the last weekend if its possible, please?