There was an evening a couple weeks ago when I was in just the right mood for writing music. I had been listening to Hillsong worship for the majority of the day, and as the evening was drawing to a close and night was approaching, an idea hit me.

"Why don't you translate a worship song into Czech?" 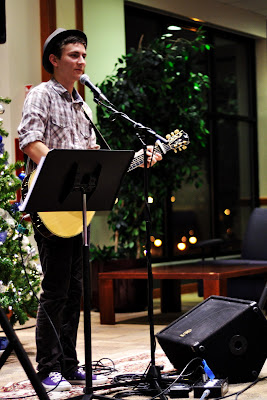 This has been something that people have asked me to do in the past, but I never really took it seriously. I was probably one of the best equipped people to translate songs from English to Czech, understanding the nuances of both languages. But I never got around to it.

Being here at Moody this semester, I have really missed Czech. Particularly the language! My roommates can attest to this fact. (I have woken them up several times this semester by speaking Czech in my sleep!) I feel as if my understanding of the Czech language has actually improved since I've been away. And with no one to speak with, the only thing to do is practice with myself. 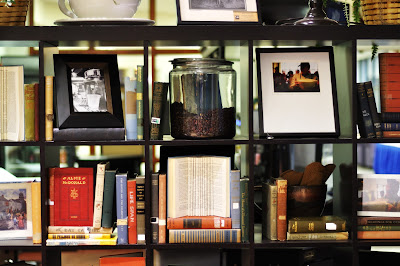 So I decided to try my hand at translating! It took me about two hours, and I did some minor corrections later, but I was for the most part very pleased.

I picked a newer Hillsong song, titled "The Greatness of Our God."

So here's a little preview of it! I was able to perform at Live Music Monday up at the coffee shop I work at on campus tonight, and this was one of the songs I chose. It was really fun to be able to share it with everyone, even though they couldn't understand it! I'm even more excited to share it when I go back home to Czech for Christmas.

Amazing Tyler!!!!! What a great song...all the better translated! Will you teach it to us when you're home?! So proud of you...you've come a long ways since the day we sent you to skolka and you didn't know one word of Czech! LOVE YOU!

So cool! Keep translating! We could use some new songs at church! :)

GREAT stuff Tyler! I wish I could do the same in Polish for all the new Chris Tomlin songs!!!

I love this!! Tyler, you are inspiring...just wanted to tell you that.

Dude, you have tallent ;)

Very inspiring. :) I don't know Czech, but one of my good friends is from there (and lives there now) and I know how well versed you must be in both to translate a song. I don't actually know that song, I will definitely be looking it up. What a great way to spread the gospel!

Awesome! You´ve got a pretty nice and soft voice, so great to listen to. Plus, you use it to give glory to God through that gift!!