Allow me to introduce you to my team!

Ryan Rayburn is my co-leader. I am so blessed to serve alongside him! We actually attend the same church in Warrenville, IL, and serve together as volunteers in the youth group. What a joy it has been to carry over that relationship to this summer! Ryan has a huge heart for evangelism, and is also a (very talented!) rapper. 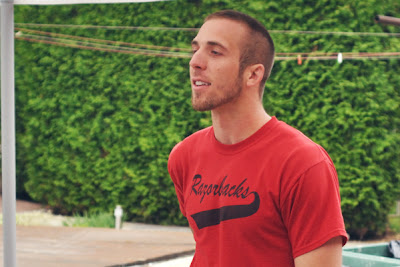 Sean Smith is a returning intern from last summer, and a student at Grace College in IN. It is such a joy to have a kindred spirit like Sean on my team. We are both far more introverted than our other team members, and love to think hard. Whenever Sean speaks, I listen - he has incredible discernment and wisdom. 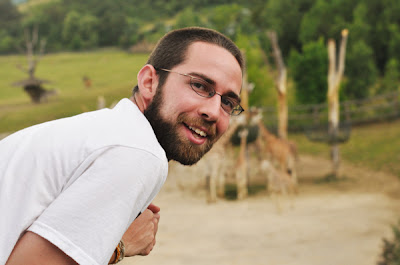 Kelli Fleck is a recent graduate of Moody Bible Institute in Chicago, IL! Growing up in a non-Christian family, the Lord drew Kelli to Himself about six years ago. She is able to relate to just about anyone - and does it really well too! Her unashamedness of the Gospel and commitment to the Word encourages and spurs us all on. 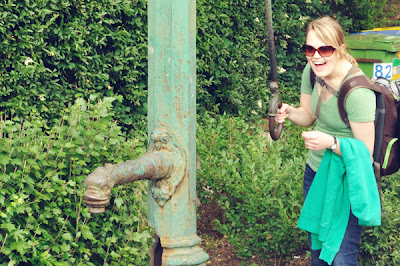 Nicole Khal, a resident of Oregon, has dual citizenship in Syria and the USA! Her parents are full-blooded Syrians, and Nicole speaks fluent Arabic. After coming to Czech on a short-term church trip last summer, the Lord called her back again this summer. Nicole constantly pours herself out for others with a very genuine servant's heart. It has been so cool to see her reunited with students that she formed relationships with and faithfully cultivated even across the distance since last year. 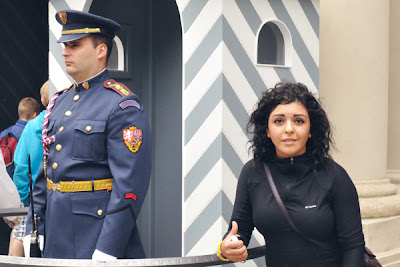