Well, eight days later, I'm still alive! Last Sunday after church I flew from Ostrava to Tel Aviv in Israel. I went there for the "post-conference tour" of a huge Global Youth Initiative conference (250 people)! A fifth of the people at the conference were people from Josiah Venture, so I felt quite at home! =)

Here are "a couple" pictures from my amazing trip! We saw SO MUCH it's hard for me to remember everything! I'll be processing it for a long time. But reading the Bible is so much more alive now that I saw the places where things occurred...it's awesome.

The Israel Museum - a model of Jerusalem in the 2nd Temple Period. Very cool! 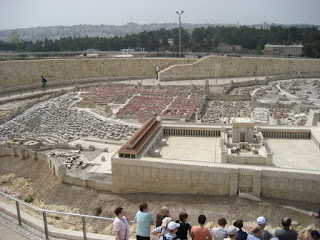 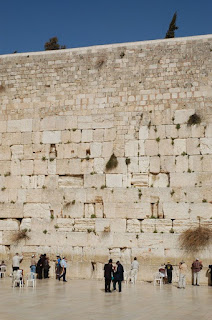 2000 year-old olive trees in the Garden of Gethsemane. 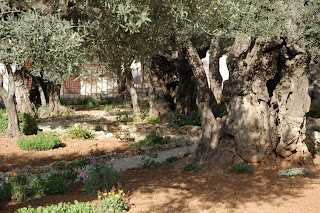 Me and dad at the Garden Tomb (one of my favorite places)! 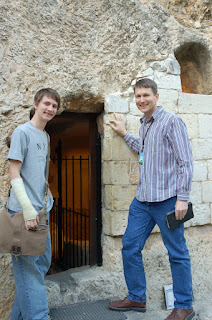 The Holocaust Museum outside of Jerusalem. 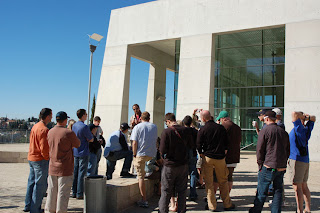 Caves carved out of limestone (3000 years old)! This was really cool...we walked through them for about a half hour. 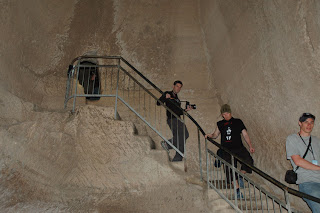 On our way to the Dead Sea...the desert was amazing. 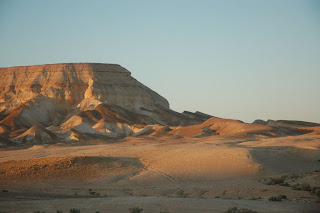 Masada - one of Herod the Great's fortresses. 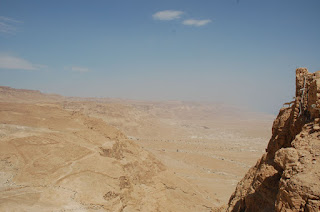 Masada was taken over by the Zealots (radical Jews who were against the Romans) around 70 A.D. and this last stand of the Jews marked the end of the State of Israel. 1900 years later (and 60 years ago)...the state of Israel was formed again! 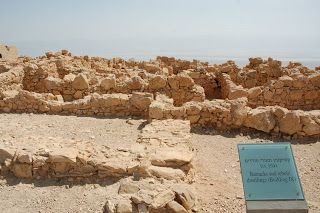 En Gedi - the place where David hid from Saul, and where he cut off the edge of Saul's robe. There are caves and natural springs everywhere (but it's in the middle of the desert)! And this is the very entertaining Dan Hash sneaking up on everyone! 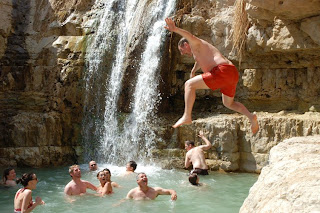 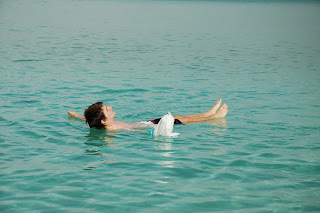 Me and dad in Qumran - where the Dead Sea Scrolls were found! 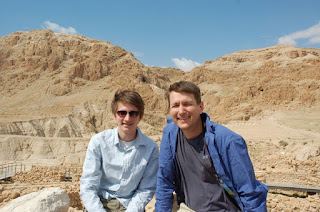 In Beth-Shean. After Saul and his three sons were killed Saul's head was cut off and all four were hung on this city's walls. 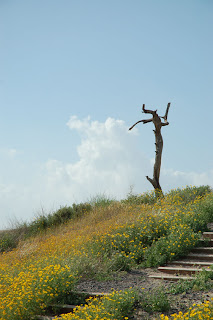 The "Gates of Hell." A place of pagan worship (mostly of the Greek god Pan), and the place Jesus said "On this rock I will build my church." 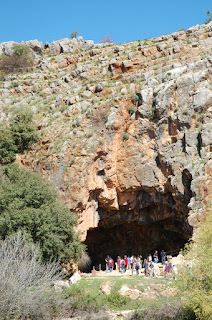 Capernaum = the City of Jesus. Jesus healed Simon Peter's mother-in-law and taught in the synagogue here, among other things! 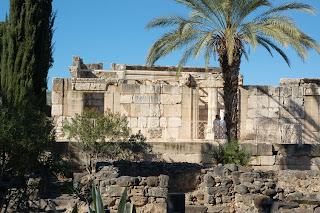 The Sea of Galilee!!! We had a little boat trip. This was really cool. 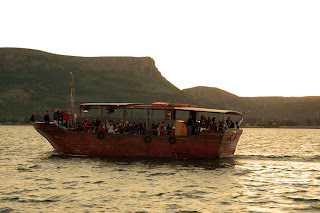 Me and my youth pastor and dear friend, Boža!! 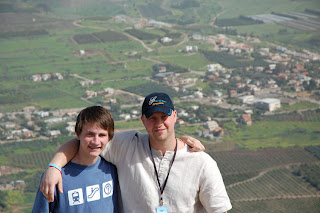 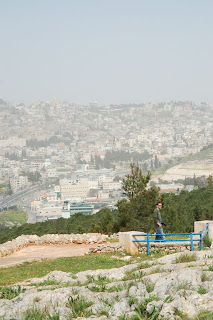 Ceasarea - another fortress built by Herod the Great, overlooking the Mediterranean. Paul was imprisoned here. 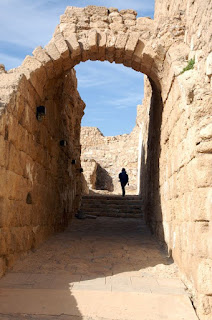 On a beach in Tel Aviv (where we flew in and out of - also happens to be the safest airport in the World). 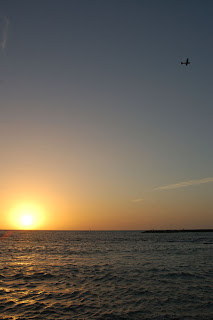 I took probably 800 pictures (maybe more), so it was hard to pick out ones that would characterize the trip the best! I had an amazing time with my dad as well as so many other people I love and admire. I know it might be cheesy to say this, but it's true: I'll never forget this trip! =)
Posted by Tyler at 10:25 AM

You have an amazing memory for the details! I loved reading your comments on these photos. You did an amazing job at picking out the very, very best photos for this blog post and then writing about them...so fun to read.

I'm glad I got the full version last night though, of all 800+ photos...almost felt like I'd been there!

Trip of a lifetime...never too cheesy to say!

So cool! Can't wait to hear more about it in person! I distinctly remember each of those places, would love to hear what stood out to you about each of them. What a great thing to get to do with your dad!

What an amazing experience that must hae been...thanks for sharing those pictures with us so that we get at least a taste of what it's like! Can't wait to hear more about it!
-Lucy Rose

Having been to Israel myself, it's sooo fun to see these pictures again. I loved the tomb, swimming in the Dead Sea, going to the top of Masada, eating falafel (is that how it's spelled?), seeing the Wailing Wall, hearing the sounds of Israeli's talking, etc., etc. There are so many things to say, aren't there? Like you said, it will take a long time to process it all.

Oh, I also was really impacted by Beth Shan. It was so fun to go through my Bible afterwards and see all the references in the OT to this place.

Oh, and another thing that really struck me: there were "tel's" all over. Here were all these former cities that were now covered with dirt. It was always fun for me to "discover" another one as we'd drive along because they were so inconspicuous. It's truly like being in a time warp there, isn't it?

Well, there's enough for now, but I wanted to thank you for putting these pictures on your blog and writing about them. It's awesome to see where Jesus walked!

What beautiful photos. I like the stairs where Saul was killed...funny sentance!

Can't wait to see more of your photos and hear your stories. It looks like you had a special time with your Dad - and experienced some wonderful things.

Tyler - it was cool that you found our blog! Through that, we found yours! You did a great job w/ the photo journal. Ben & I were really glad to get time w/ you, in Israel, of all places! See you at Malenovice soon.