it's late...and i don't feel like sleeping...so I'll just write!

this week of school has been actually pretty good; we got out at 11:30 every day, which was nice. We have some great new teachers this year which I'm really excited about. My favorite teachers so far are my history teacher and german teacher. The history teacher is this older guy who's really really cool, and he's just a guy you want to listen to. I think I'll learn a lot from him this year. And then our german teacher is a real German, which is really cool! He's a really neat guy too, probably in his early thirties, and I think i'm going to learn a lot from him too.

this next week everything starts. School will now go till 3 on certain days, and tests will come sooner than I'll expect. Actually, on wednesday we're writing a big test on all last year in biology, so I need to study for that...not something that i'm really looking forward to. But it's better to get it over with! Other than biology this year I don't think i'm really going dread any subjects...I still haven't had geography so we'll see how that goes on monday!

tomorrow on sunday at 2:30 then i'll go to worship practice as usual...and then at 4 everyone will meet up at the hotel and we'll have church! then after church we'll get home and eat some leftovers and then i'll go up to my room, go over biology for a few minutes, put on some music, and go to bed! So nothing special....hehe... 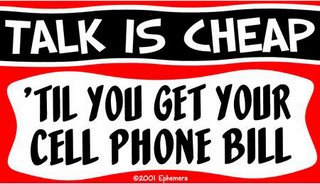 A fun thing happened today though...my uncle Mike, my mom's brother, flew in from the States today after not being in Czech for like ten years! So it's fun for him to be here. He brought lots of clothes from my grandparents....hehe.......booya... he said he ate 8 cheese sandwiches today. And also on the plane he sat by a guy who fell asleep right when the plane took off and Mike was by the window so he couldn't go to the bathroom for the whole flight! Poor guy! =)

Well that's all for now I guess...let's hope that I'll have more things to say later! Cau!
Posted by Tyler at 11:29 PM

Dude, good to see you join the blogger world! You are already bookmarked and I'll surely come back!

Have you checked mine out. Not much new there, but it has pics from my EuroTrip with the fam.

Man! You write so much. like every day. You're good at this. Put some more pics of yourself on though.
some fun ones were you look nice and weird...=)
Pretty Boy

haha...that'll be the day when I put more than one silly pic anywhere...=) You already caught me on my silly day on the first post, wasn't that a silly enough picture!? =D
But if you say so...Next time I write something I'll try to find at least a mildly silly picture. Which I probably won't find because I don't even have very mildly silly pictures!!! =) I'm ranting on and on again...